Some of you may have noticed that we haven't had a Sam's Haven birthday party this year. This is because we have decided to have a xmas party instead.

Our aim is to invite ALL families that have benefited from Sam's Haven over the past three years in the hope of making it not only bigger and better but to allow more families to join together.

For this to happen we would like to raise £1000 to cover all cost of presents (again this year we won't be doing individual presents but more generic presents), food, DJ, games, party bags and much more.

If you know of any local company that can help please direct them our way. For this to go ahead we must raise all the money as we simply cannot afford to fund it ourselves.

Are you decorating the outside of your home this Christmas?

If so, then why not be in with a chance of winning £50 in Argos vouchers for your efforts.  It's only £5 to enter and all monies raised will go to Sam' Haven charity

So come on, get registered and let lots of people on facebook appreciate your work and hopefully vote your home as the best.

Please join us in Lighting Up The South For Sam's Haven.

The annual event takes place in Castle Field in Southsea and is open from 10am to 11pm on both days.

Come and visit us and buy one of our best selling LED bubble guns.

Sam's Haven set their stall up at this event hoping to make a few bob more to add to the coffers of the charity but were absolutely delighted to be able to raise a futher £515.80 through the sale of their popular LED bubble guns.

Well done to Julie and Savannah.

Unfortunately this whole event was very poorly attended on what was probably the hottest day of the year so far this year.  The fayre also clashed with an International event in the town which obviously drew the crowds away.

None the less we managed to raise £34.65 for our troubles.

The fun day was held for all the families of naval personnel that work in Whale Island and we raised £43.76

A team of seven undertook the mammoth task of riding from Waterlooville to London Great Ormand Street Hospital (GOSH) over two days. They set off from Watrelooville at lunch time and headed for Woking where they stopped for the night.  Some were suffering from very sore bums and aching legs already and were dreading the following day.   After a hearty breakfast they ALL set off for the final leg

reaching their destination at around 17:00.

A few hiccups on the way>>> Louise’s bike broke but thankfully liphook cycles came to the rescue and sorted the bike out despite the fact that they were in the process of closing for the day.  Lee had a puncture on day two just as they were about to set off. A small collision between two riders resulted in one of the bikes gear sprockets being damaged so they could only use gear 4 and upwards.

A total of £2040 was raised which makes all the aches and pains worth it.  Thank you to everyone that contributed but again a massive thank you to all those involved from the cyclist, car crew and of course the babysitters.

We will be donating £300 to the Caudwell charity as advertised in our poster. This will be done via our very own supporter Tim May as he's volunteered for this years destination dreams holiday as a family helper. We know first hand how valuable these volunteers are and how much stress they take away from the families on this once in a life time wish trip. 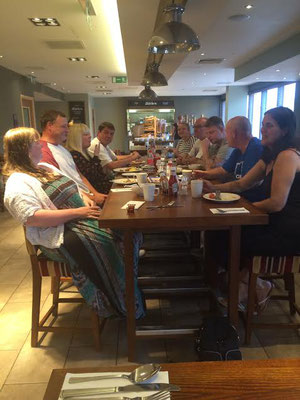 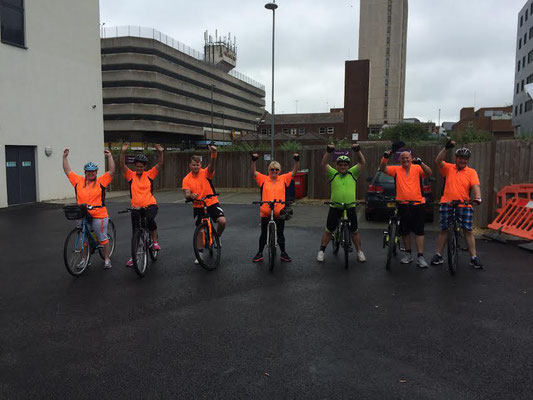 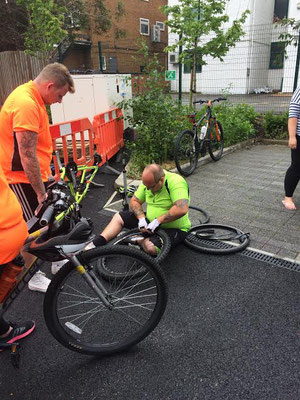 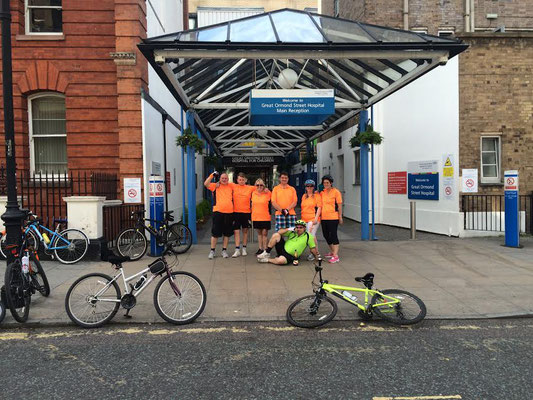 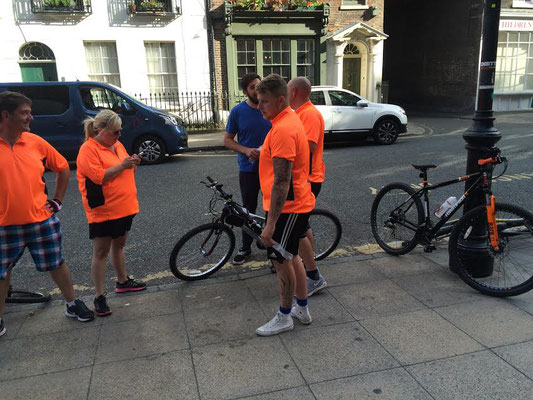 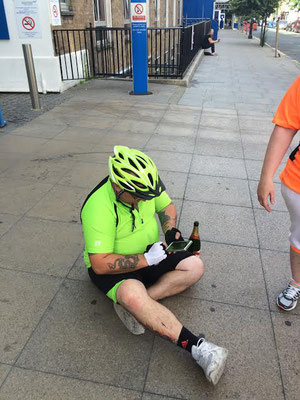 As a thank you to the riders Paul and Louise invited them and their families to a BBQ at their house where, despite the weather, everyone thoroughly enjoyed themselves.  The plan obviously worked because they all foolishly vowed to do the ride again next year............Well done to all! 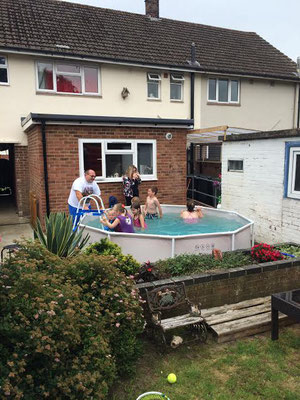 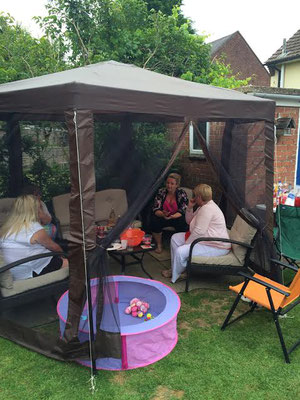 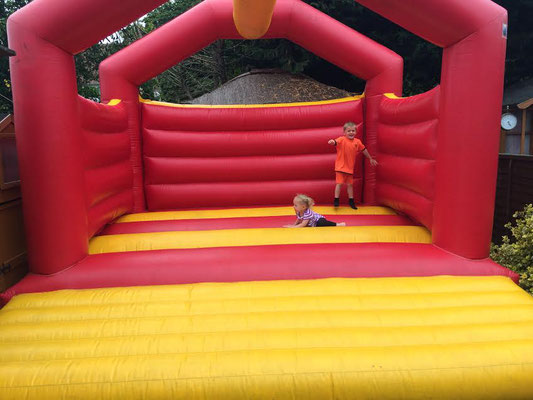 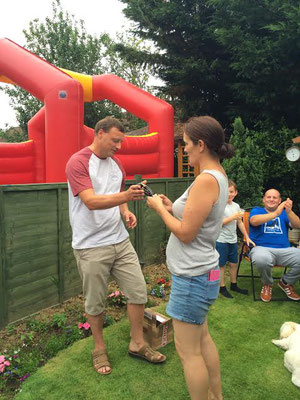 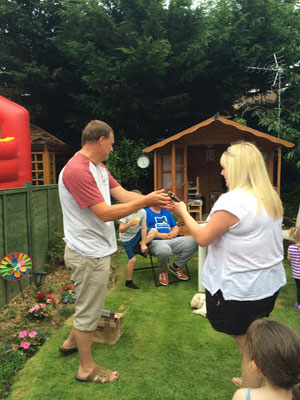 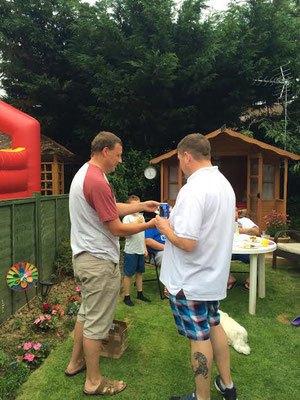 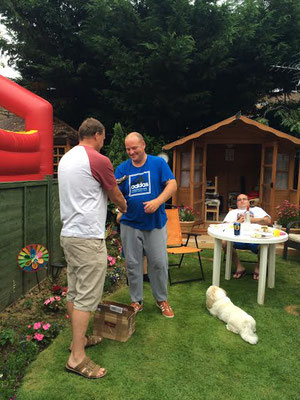 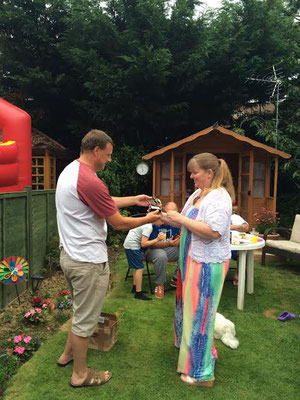 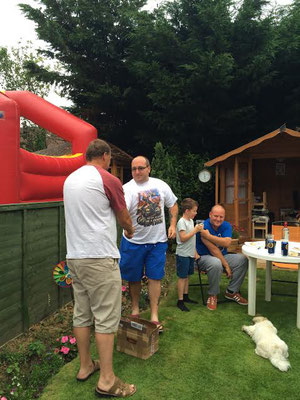 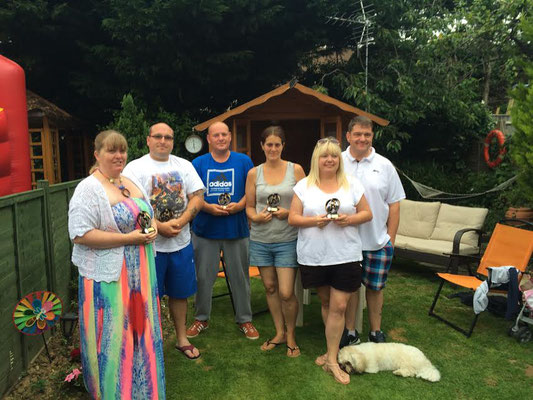 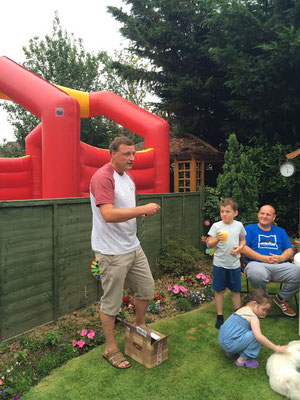 We managed to raise a decent £542 on our stall during the three days of fun with the illuminated bubble guns proving very popular and selling out quickly.

The presentation of the cheques for the money raised for the chosen charities took place on Sunday 17th July and Sam's Haven were delighted to receive a cheque for £1,500.

Thank you to the Admiral Drake for supporting us again this year and to everyone that attended and gave so generously. 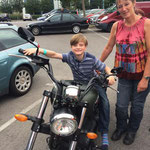 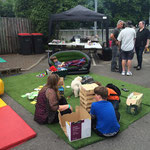 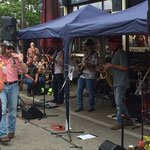 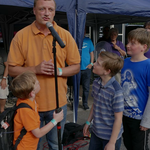 Not a very well attended event and we only managed to raise £29 during the whole day.

Some you win, some you lose.

Thank you everyone for your fantastic support.

Had a fab day at H.M.S Sulton, Gosport. The kids enjoyed all that was on offer and didn't want to come home.

We had a fantastic day at Portchester gala and raised over £90!  In addition to this the wonderful ladies of the Fareham Women's Guild came to present us with cheques totalling £500 from their fundraising this year! This is the second year they have supported us and we cannot thank them enough. It is moments like this that make it all worthwhile! 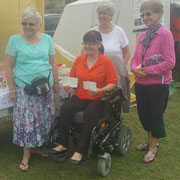 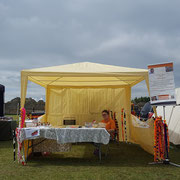 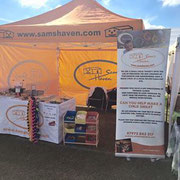 If you can spare the time or would like a bit of exercise please come and join us.

Please check here prior to the event to see if it has been cancelled due to bad weather.

We are really pleased to say this is all that's left from the cake stall today 😀
A massive Thank you to Bron Kirk, Marie Grieves, Julie middle, Elise Farren and Kellie Allen for making us cakes and Denmead bakery's for donating two whole cakes.

A big shout out to Sharon, Hope and Kallum who all helped on the stall in the slightly warm QAH entrance.

We managed to raise a whopping £222.54 which will certainly go a long way in making sure we can continue to offer the breaks away to those who need them.

Thank you to all those that donated to the community matters fund over the Christmas period in the Waterlooville Waitrose store. Every bit of change you donate adds up to a great amount and £241 will go a long way.

On the 1st of December 2015 Denmead Scouts had their annual Santa sleigh ride around the village.  Each year they brave the weather and bring some pre Christmas excitement to the children of Denmead. As they walk round the village they gather donations, and we are pleased to say that they raised a fantastic amount for us and another charity.
Sam recently joined beavers and tonight he was presented with a cheque for £300.

Thank you to everyone involved with the running of this event and to all of those that donated.  The combined total from this and the carol service means that we have managed to swell our coffers by a further £599.

A huge thank you goes to Paul Cissel for donating his time and venue for an evening of mediumship.  It was a fantastic evening and we raised  £220.

The easy way to donate.

for the link to more information on our SPONSORS